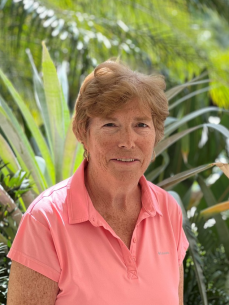 Lisa Riordan first visited Captiva more than 40 years ago and has been a Captiva resident since 2012.  After vacationing on Captiva for several years, she and her husband David expanded their time here after retirement.

A New York native, Lisa spent many years in the communications industry before beginning her 25-year career in labor representation.  She directed and managed the New York staff for a major international labor union and negotiated and administered collective bargaining agreements with large public and private sector employers and municipalities including Verizon, City of New York, and State of New Jersey, as well as dozens of smaller employers and municipalities.

Lisa has two adult daughters, and seven grandchildren, all of whom reside out-of-state. When she is not busy with her community activities, Lisa enjoys boating, travelling, reading and spending time with friends. 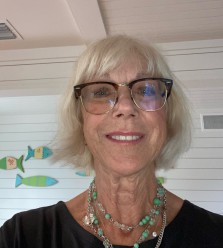 Pam Rosen was born and raised in Southern California and moved to Chicago in 1993. She has two grown sons, both married, and two grandchildren. As a stay-at-home mom, she worked many years on PTO-PTA fundraising boards and served as a team manager for many of her boys' baseball and soccer teams. She also worked on the Lake Forest/Lake Bluff Volunteer Bureau, a United Way Agency assisting not-for-profit agencies throughout Lake County, Illinois. Mrs. Rosen played competitive tennis on USTA 4.0-4.5 teams for 20 years. In her free time, she loves walking, reading, yoga and pickleball. Pam and her husband Jon are now Florida residents living happily on Captiva with their dog Buddy. 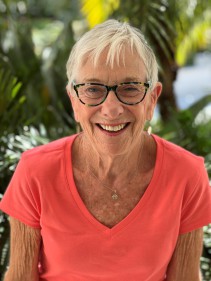 Pat Boris was born and raised in Buffalo, New York. She and her husband Mike met and married there, then set out to raise a family and build careers. They raised three great children, have two amazing grandsons, and are blissful in retirement on Captiva. They've lived here since 2000, full time for the last twelve years. Pat and Mike also spend time in San Diego, where the amazing grandsons live.

Mrs. Boris is a retired Nurse Practitioner, having spent her career in hospitals and clinics in New York and Minnesota. She continues to be involved as a volunteer for health and wellness programs among other community involvements. Mrs. Boris serves on both the CCA Board of Governors and Foundation Board of Directors. She enjoys the energy and enthusiasm of the Captiva community which comes together regularly for educational, musical, artistic and wellness programs. She is a past Board of Associates member of the Chapel by the Sea, serves on its Missions and Outreach Committee and prayer chain. She is a founding member of Interfaith Outreach of San Cap, which supports area people living with memory impairment and their caregivers, is also on the Dubin Center Advisory Board, and volunteers for FISH of San Cap. She very much enjoys living in Sunset Captiva, and serving on its Board of Directors.

Mrs. Boris's favorite activities include BIG Arts Community Chorus, hiking and reading. Her most joyfilled moments are with her husband, family and grandsons. Cathy Swerdlick was born and raised in Western Massachusetts.  She met her husband Jerry while vacationing in a small beach town in Westerly, RI, where they were married and raised their daughter.

Over the years she and her husband have owned and operated several women’s clothing stores in Rhode Island and Connecticut and gift/souvenir shops at Misquamicut Beach, RI.  In 1979 they began a new company which specialized in the design and manufacture of computer systems and technology for people with visual, hearing, physical and learning disabilities.

She is an active Lifetime Member of Girl Scouts USA and has held numerous positions in the organization including serving on the Board of Directors in RI for three years.  She was the recipient of two adult awards, the Kit Hammett Award and the Thanks Badge 1, which is the highest adult honor in Girl Scouts.

Cathy and her husband began vacationing on Captiva Island in 1997 and immediately fell in love with all that was around them. In 2009 they purchased their own little piece of paradise and became residents.  She became a member of the Captiva Island Memorial Library Board and served as its Secretary for three years.  She also enjoys reading, and volunteering at CROW and DING Darling Wildlife Refuge.